You are here: Home / Treatments / Hypnotherapy for Phobias

Being rational about phobias

Phobias and fears are produced by internal anxieties that become associated with particular situations. Some may seem to serve a genuine purpose – fear of heights, fire, spiders, etc. Mostly, however, they appear to be completely irrational – such as buttons, oranges or even balloons.  Do not be fooled!
All phobias do have a cause and all phobias do, or perhaps did, serve some purpose – otherwise they couldn’t and wouldn’t exist! Our hypnotherapy for phobias programme looks for these causes and deals with them.

A phobia usually gets worse over time, unless help is sought.  Essentially it is a “conditioned response”.  This means that each time a phobia is experienced, the behaviour of the phobic person reinforces and strengthens the phobia. It is important that they seek help. The techniques we use with hypnotherapy for phobias are simple and effective.

Hypnotherapy for Phobias of Animals

This is where the phobia is of rats or mice, bees, wasps, insects, dogs, ducks, cats, reptiles, snakes or any creature. Often there is situations in the past that have triggered you to attach inappropriate levels of danger to the creature in question.

For example, you may have seen a parent react in a scared way around a particular animal. This will signal to your subconscious that that particular animal is something to be feared. It may only take one instance of this happening to set up the phobia, particularly if the parents reaction is very severe.

This is where a person has an irrational fear of the dark, of fire, of heights, of water, of lightning or of a thunderstorm. These can be learnt behaviours from our parents, peers and authority figures. They can also be created from stories, events and even from disaster movies, or simply from the imagination.

Obviously some things it is appropriate to be afraid of, like heights and fire, but the level of fear has to be rational and appropriate otherwise it would be classed as a phobia. For example, some people that are afraid of heights are unable to go up in high buildings, even though they know they can’t fall out. If they do go up a tall building they become very uncomfortable if they are near a window.

Hypnotherapy for Phobias specific to the body

Many people have phobias of medical treatment, such as visiting the dentist, blood tests, injections, having blood pressure checks or even the sight of blood. Fainting is a common occurrence when people suffer from this phobia.

Hypnotherapy for Phobias of certain situations

These phobias are where a person becomes afraid in a particular place and goes into panic mode. Things like:-

Often they may have to encounter these situations on a daily basis. These types of phobia can be far more complex and are typically based on agoraphobic and claustrophobic tendencies. 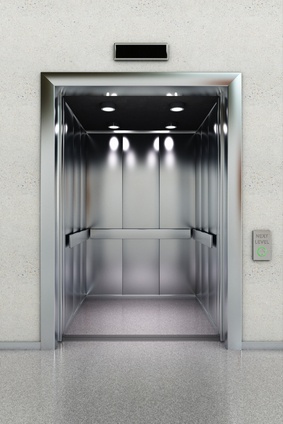 How many sessions will it take?

Normally phobias can be dealt with in a couple of sessions. Nowadays our techniques have advanced so much that for most people the phobia can be removed on the first session. Some of the common phobias we deal with are :-

These are just a few of many that we deal with. 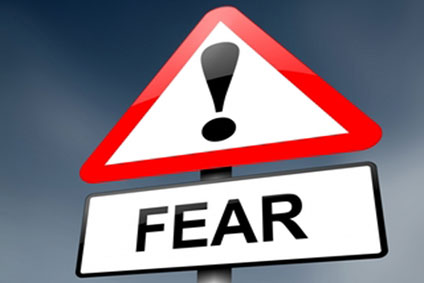 Some phobias tend to be more complex, such as claustrophobia and white coat phobia (fear of hospitals and all things medical). See our anxiety page for further information.

We DO NOT expose clients to the object of their phobia. That is always done by the client when they feel ready to do so. We do not keep spiders or snakes etc at the Institute.

It’s important to  realise that we understand that when the client comes to us for a phobia that they are still frightened of the particular item. We will not traumatise the client in any way.

The Surrey Institute of Clinical Hypnotherapy runs the hypnotherapy for phobias programme at all their clinics.

What causes a phobia?

The most common cause is some forgotten incident (a sensitising event) from one’s youth that provoked overwhelmingly powerful emotions. So powerful and intense are they that ‘nature’ or the powers that be within that psyche decides enough is enough. The incident and associated emotions are therefore conveniently buried or bottled up and tucked away out of reach, at least, out of conscious reach. Phobias that respond particularly well to analytical hypnotherapy include:

There are hundreds more. We have even treated clients with a phobia of boiled eggs.  This related back to a time in her childhood where she ate a hard boiled egg that was off. Did you know that there is even a ‘fear of phobias’! Yes, you’ve guessed it, phobophobia! Our hypnotherapy for phobias programme is very flexible and can deal with virtually any phobia.

It is these hidden away or repressed memories and emotions that can and often will, sooner or later, create a phobia. So the phobia then continues to serve as a warning of the approach of some potentially similar and ‘unfaceable’ incident. In our hypnotherapy for phobias therapy, we can find and release the emotions which originally caused or created the phobia. And with the release of those old, bottled-up emotions, the phobia itself just disappears.

Hypnotherapy for phobias – Facts about Phobias

Do you have an intense fear for animals, driving, heights, blood, spiders, planes? Would you rather climb ten flights than to get into a lift? If so, you may be suffering from a phobia.

All people have fears or situations they would rather avoid. It is part of everyday life and it’s an important natural process that helps to keep us safe. Some people are frightened by interviews, whilst some are uncomfortable to be home alone at night. Most people manage to control their fears and go about their normal activities.

But for some people, anxieties and fears are overwhelming and persistent. Normal coping mechanisms don’t work, and the need to avoid the objects or situations that cause anxiety can be so intense that they drastically interfere with daily life, even though they know the response is inappropriate. Sometimes people may make important career or personal decisions to avoid a phobic situation. Others may refuse to go to the doctor for fear of having blood drawn.

Phobias are more than extreme fear, they are irrational fear. Adults with phobias realise their fears are irrational, but often facing, or even thinking about facing, the feared object or situation brings on a panic attack or severe anxiety.