You are here: Home / Hypnotherapy Carshalton

The Surrey Institute of Clinical Hypnotherapy is situated less than a mile from Carshalton town centre. Over the years we have seen thousands of clients from the Carshalton and Carshalton Beeches area. Because our clinic is just over the Carshalton/Wallington border, some residents of Carshalton do not realise that there is a specialist hypnotherapy clinic right on their doorstep.

We have been practising hypnotherapy in the Carshalton area for over 10 years in our well established clinic. The Surrey Institute of Clinical Hypnotherapy is situated opposite Beddington Park, just a stones throw from Wallington Green and the Dukes Head public house. See map for precise location.

At the Surrey Institute of Clinical Hypnotherapy we have specialisations in the following areas:- 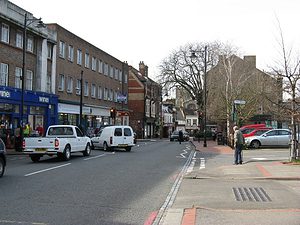 To the south of the area now known as Carshalton, remains of artefacts dating from the Neolithic to the Iron Age have been found, suggesting that this was an early place of habitation. Prior to the Norman Conquest it is recorded that there were five manors in this location owned by five freemen.

The village lay within the Anglo-Saxon administrative division of Wallington hundred.

Carshalton was known for its springs; these may have given the place its name Cars – Aul – ton. Aul means well or spring. A ton is a farm which was in some way enclosed. The meaning of the Cars element is uncertain but early spellings (Kersaulton and Cresaulton) may indicate connection with a cross or perhaps cress, watercress having been grown locally.

In his book History of the Worthies of England, the 17th century historian Thomas Fuller refers to Carshalton for its walnuts and trout.

Land was primarily put to arable use and the river Wandle gave rise to manufacturing using water power. A water mill to grind corn was mentioned in the Domesday Book. By the end of the 18th century it was recorded that there were several mills for the production of paper and parchment, leather, snuff, log-wood and seed oil. There were also bleaching grounds for calico.[4][6] During the Victorian era and into the early 20th century, Carshalton was known for its lavender fields, but the increasing land demand for residential building put an end to commercial growing.

From 1894 to 1965 Carshalton formed part of the Carshalton Urban District.

The Sun public house stands on the corner of North Street and Mill Lane.

Central Carshalton, around the ponds and High Street, retains a village character, although the busy A232 runs through the area.

There are a number of buildings and open spaces protected by the Carshalton Village Conservation Area. It was designated in 1968, and was the first area to be given the status by the London Borough of Sutton. In 1993 its boundary was extended to include parts of Mill Lane and parts of The Square and Talbot Road, containing the All Saints Church Rectory.

The Conservation Area contains many of the Listed and Locally Listed Buildings which contribute to the historical significance of the area, and is widely considered to contain some of the finest historical architecture and road layout within the Borough. The Sun public house, is a fine example of Victorian decorative brickwork, and makes a positive contribution to the Conservation Area.

Sutton is centred 1.2 miles (1.9 km) west of the town centre of Carshalton, its east-west central street can be considered a continuation of Carshalton’s own main street, an almost straight A-road route to Orpington via Croydon, beginning in Ewell.

Carshalton-on-the-Hill is the residential area on the high chalk upland ground to the south of Carshalton Park around Boundary Road, Stanley Road and Stanley Park Road and stretching out towards the smallholdings of Little Woodcote.

Carshalton Beeches is the area to the west of Carshalton-on-the-Hill, around Beeches Avenue, Banstead Road and Woodmansterne Road. It grew up around the railway station which was named after Beeches Avenue, a street near to its location; which, in turn, is named after the beech trees which line it.
The Wrythe, or Wrythe Green, lies between Carshalton village to the south and St Helier to the north-west. Its name is thought to derive from the rye that was once grown in this area, or from the Anglo-Saxon word rithe which means a small stream.

During the time of the Roman occupation of the British Isles, a small spring was situated near the green, now shadowed by a BP garage. Roman activity in the area is confirmed by the fact that there was once a Roman Villa built in Beddington, just a couple of miles away, and a number of roads in the vicinity of Roman origin. The spring has since disappeared under ground and the culvert it feeds flows into the Wandle near Hackbridge.