You are here: Home / Treatments / Hypnotherapy to Stop Smoking

Time to get rid of those old beliefs about smoking

Normally people will use their will power to try  to stop. This creates irritability, mood swings, bad temper, cravings and possible weight gain. This tends not to happen when you use hypnotherapy for smoking cessation. 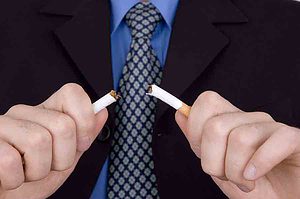 Our hypnotherapy to stop smoking programme takes only one session of up to two hours. During this intensive session we will look at all of your triggers to smoke and find ways to help you to ignore, forget or respond differently to them. It is a fairly common experience for us to take a 60-a-day smoker and for them to walk out of our clinic and not worry about smoking again.

The Surrey Institute of Clinical Hypnotherapy’s latest hypnotherapy to stop smoking programme achieves success rates of up to 80 per cent from a single session.

Hypnotherapy stop smoking was proven to be the best method of stopping smoking by a meta analysis conducted at Iowa University by Viswesvaran & Schmiidt (1992) involving 72,000 subjects which was featured in the New Scientist magazine. This study looked at many different ways to stop smoking and hypnotherapy was shown to be the most effective method.

David Pollock, director of ASH, said he was surprised by the success of hypnosis, which anecdotal evidence had suggested was not very effective. One organisation not surprised by the results is the British Society of Medical & Dental Hypnosis. Christopher Pattinson, the society’s academic chairman, said, “Current hypnotherapy techniques are a far cry from their popular image of music-hall tricks involving swinging fob watches. The latest hypnotherapy techniques achieve success rates of up to 60 per cent from a single session.”

How does hypnotherapy to stop smoking help?

Using a combination of positive suggestion and visualisation we can make it easier for you to give up smoking. Infact you will be surprised to find that you feel confident and relaxed not only after the session, but continuing throughout the following weeks. Your friends and family will be amazed at how you have given up so easily!

What about putting weight on if I give up? Any possible alternative habits are taken care of in the carefully worded session and you will find that you feel great, without resorting to other habits such as nail-biting or overeating. 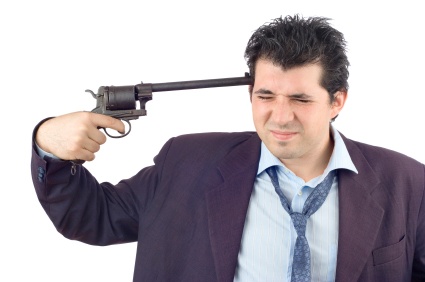 What about people tempting me afterwards? You should  be able to stop smoking without tension or irritability so there should be no temptation to smoke if somebody offers you a cigarette.

A recent study, published in the Lancet, showed lifelong smokers died a decade earlier than those who never started.

The study followed the first generation of women to start smoking during the 1950s and 60s. As women started smoking on a large scale much later than men, the impact of a lifetime of cigarettes has only just been analysed for women.

“What we’ve shown is that if women smoke like men, they die like men,” said lead researcher Prof Sir Richard Peto, from Oxford University.

He said, “More than half of women who smoke and keep on smoking will get killed by tobacco.”

“Hypnotherapy to stop smoking works, amazingly well actually. Smoking kills, stopping works and the earlier you stop the better according to this study.” said Paul Howard from The Surrey Institute of Clinical Hypnotherapy.

Some smokers, especially those who have smoked for years, believe that the damage to their health is irreversible. However you should be aware that it is never too late to stop smoking. In fact the benefits of quitting start immediately. So why not take our hypnotherapy stop smoking programme and get the benefits now.