You are here: Home / Hypnotherapy / Report: Common causes for a variety of anxiety conditions 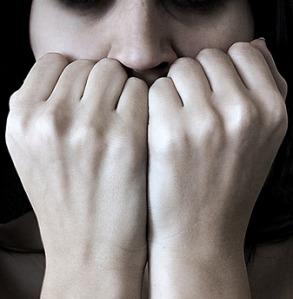 We analysed 100 previous hypnotherapy clients with the presenting issues of presentation nerves, toilet anxiety, shy bladder and lack of confidence to establish if there is any commonality between them with regards to events or conditioning.

The breakdown of subject numbers was as follows:-

Many people may think that toilet anxiety and shy bladder are the same issue, whereas in fact they are pretty much opposites. Toilet anxiety is where the client fears that they will not be able to find a toilet in time and will wet or soil themselves in public, whereas with the presenting issue of shy bladder (normally effects men) they are fearful of using public toilets or sometimes any toilet but their own. Shy bladder is normally about urinating, toilet anxiety is usually focused on defecating.

The three main common factors that stood out were childhood bullying, critical or pushy parents and children with single parents.

Overall bullying of some form during childhood featured the highest, with 61% of the subjects reporting being the recipient of bullying.

We defined bullying as repeated, aggressive behaviour, meant to hurt another individual, physically mentally or emotionally.

Bullying is characterized by an individual behaving in a certain way to gain power over another person.
We included bullying if it was from any source including parents, siblings, friends and school. To qualify, the bullying had to be happening for a period of at least 3 months.

Surprisingly the highest instance was with shy bladder where 85% reported being subjected to significant bullying.
Unsurprisingly, lack of confidence was at 81%. We already knew that bullying has a profound effect on confidence.
Presentation nerves scored 60% and finally toilet anxiety was at 44%.

The overall percentage of clients that reported their parent or parents being critical or pushy, i.e. putting significant demands on the child with regards to performance in school or in sports, was 41%.

It would seem, perhaps unsurprisingly, that having critical or pushy parents is a large factor in causing presentation nerves, with 85% reporting that they believed their parents were overly critical or pushy.

Next was lack of confidence at 48% with toilet anxiety and shy bladder having little or no influence with a low percentage in each.

The overall percentage of clients that reported that one parent was absent due to divorce, death or never known was 38%, which is significantly higher than the national average as reported by Gingerbread which reports it to be 26% in the UK.

It featured most significantly once again with shy bladder, which was at 71%, but that could be skewed by the low number of subjects that were analysed.

The highest percentage was from the lack of confidence issue where 67% reported that they were from a single parent family which is much higher, nearly 2.5 times the national average.

37% of clients presenting with presentation nerves came from single parent families which is still 1.5 times the national average.

Somewhat surprising is that clients with toilet anxiety were significantly lower than the national average, with only 15% from single parent families.

What is interesting is that out of the subjects that reported being from single parent families, in 81% of the cases it was the opposite parent that was missing. However, that could be because our subjects were predominately women and once again, according to Gingerbread, 92% of single parents are women.

Hypnotherapy is very effective at dealing with these types of anxiety. If you or someone you know suffers with anxiety we have anxiety specialists at the Surrey Institute of Clinical Hypnotherapy that can help you.