You are here: Home / Hypnotherapy / Anxiety / “I’m Not Good Enough”

As a hypnotherapist and anxiety specialist for nearly 12 years now, I have come across the belief that “I’m not good enough” so many times that I’m fed up of writing it so in my client notes it’s just INGE syndrome. 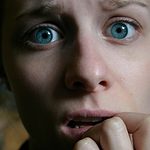 I probably see this in 70 – 80% of my clients. The strange thing is most of my clients believe that it is just the way they were born. This is definitely not the case. When you are born you are full of confidence, there is nothing you cannot achieve in the world. It’s the things that we experience and learn that either boost or repress that confidence. As a rule the majority of this conditioning is done before the age of 11. However it can be setup much later in life.

The INGE syndrome is really just a belief and the following blog article is a good example of how this belief can be setup and also how you can help yourself to change that belief. She calls herself the closet narcissist: Jenarcissist Bares All: A History of Insecurity

So how is this belief setup in the majority of my clients?

Well there are a few things that commonly set this up, sometimes a mixture of all of them. The first is critical or even pushy parents. Bear in mind here there is no blame, parents usually do the best they can for their children, given their conditioning. So by being critical or pushy the parent often believes that they are helping the child to achieve better things or push themselves that little bit more. They are probably not aware of the damage it can do to a child, as quite often it does not exhibit itself until much later in life. Which is typically when the client comes to see me.

Bullying in school: this can have far reaching and very damaging effects on a child’s self-esteem which is often not picked up at the time and if it is, not much is done about it. It sets up low self-esteem and self-image which is carried forward into their adult life.

Then of course much later in life comes the critical partner. A critical partner generally has huge insecurity issues themselves.  However, this is not realised and the belief is setup that the client is not good enough. If you think about it, often with a partner the criticism is so frequent and relentless that it’s hardly surprising that the client comes to believe it.

So how do I get rid of INGE syndrome?

Well the great news is that it’s conditioning, not in the genes, and if it’s conditioning then it can be changed. If we understand that, it means we can start to take ownership of the problem. If the client believes that it’s just the way they are, the problems become external and therefore unchangeable. So when the client takes ownership of the problem they take it internal and begin to understand that they can effect the belief, if not change it, completely.

One of the first things I will do with the client is to collapse the underlying belief that they are not good enough by using one of many hypnotherapy techniques. Then I will coach the client to start to change their internal self-talk. This can be difficult for the client to do permanently which is where hypnotherapy really helps, by getting the client to be positive in their self-talk automatically.

Paul Howard is an anxiety specialist and has been helping clients with anxiety for over ten years. He has trained many hypnotherapists around the country to treat in particular agoraphobia and social phobia effectively. He works at The Surrey Institute of Clinical Hypnotherapy in Wallington, Surrey, UK. He can be contacted via the website at www.sich.co.uk. He is also a director for The National Council for Hypnotherapy.