Nearly one fifth of UK adults experience anxiety or depression, according to the latest official figures from The Office for National Statistics.

Office for National Statistics says highest rates of anxiety and depression occur in the 50-54 age groups and highest amongst women. At the Surrey Institute of Clinical Hypnotherapy we have specialists that work solely with hypnotherapy for anxiety and depression. The demand is so high that they are busy all the time. However, they are seeing clients from as young as 16 up to clients in their eighties.

The Office for National Statistics (ONS) said that more women than men reported that they suffered from the conditions.

The study showed anxiety or depression was present in 19% of people aged 16 or over, with 21% of women reporting the symptoms and 16% of men.

The divorced or separated were more likely to have symptoms of mild to moderate anxiety and/or depression, with 27% showing signs of the conditions compared with 20% of those who were single, cohabiting or widowed and 16% of those who were married or in a civil partnership.

The study was part of the ONS Measuring National Wellbeing programme, which surveyed 40,000 households between 2010 and 2011. The figures released in June 2013 come from the general health questionnaire, which asked 12 questions about respondents’ levels of self-confidence, stress, depression and self-worth.

The ONS said the types of mental illness recorded on the questionnaire did not include severe mental disorders.

The latest figures released as part of the wellbeing study also showed that 66% of people in the UK were satisfied with their health. In those aged 80 or older, satisfaction with health fell to 53%.

Paul Howard, anxiety specialist at the Surrey Institute of Clinical Hypnotherapy, said, “There seems to be very little help available for anxiety and depression on the NHS. The wait for counselling or CBT can be months and these interventions can have limited effect. However, by using hypnotherapy for anxiety we can change the underlying beliefs that create and maintain the anxiety which has a profound effect on the anxiety levels experienced by our clients. Hypnotherapy can help many people that have had anxiety for many years back to a normal and relaxed lifestyle.”

We are all subject to hypnotic suggestion from the day we were born, some good suggestion, some not so good. For example, how many of us were told to “finish our plates before leaving the table”. This suggestion was driven into us many times over years. How many of us now wish we were able to leave food on our plate? We call this conditioning and conditioning happens in many areas of our life. Another way we are conditioned negatively is through criticism. If we have critical parents, siblings or peers we can be conditioned to believe that the things we do, the way we look, the way we talk or even our intellect, is lacking in some way.

This type of conditioning, if it continues for a significant period of time, generates a belief that “I’m not good enough”. This belief we see in clients that have a fear of criticism, fear of failure and/or a fear of judgement, lead on to various types of social phobia including blushing, presentation nerves, exam freeze, nail biting, and ultimately panic attacks, anxiety and can even be a factor in depression. These beliefs have a significant effect on self-esteem and self-confidence.

We often blame ourselves but are we really to blame? This sort of conditioning is generally way out of our control. As a child it can come from parents, bullies, teachers or even siblings. Worst of all, if it continues for a substantial period of time, we become used to it. It becomes comfortable and eventually becomes the norm. So much so, in fact, that as we go into our adult lives we actually seek out similar people to be around. Often people seek out what they are used too. For example, if they have had a critical parent they may well get involved with a partner that exhibits the same type of behaviour, and so the cycle of criticism continues. Then what happens when offspring come along? Do you think the criticism will stop? Of course not. It is perpetuated down the generations. So where does it end?

Sometimes when the self-esteem and self-worth is low enough, or the person has reached the end of their tether, they will do something about it. This is the type of client we see at The Surrey Institute of Clinical Hypnotherapy all the time. By using hypnotherapy we are to change the core belief that “I’m not good enough”. Although not simple to do, it is essential to achieve so to facilitate change in the client, not only now but for generations to come. Getting rid of these vile, negative beliefs that they have about themselves allows them to believe in themselves and allow the thought that just perhaps others can believe in them too. It also allows them to re-evaluate their relationships with others and to decide which relationships are worth holding on to, and which ones that it would be better to let go. After all, if friends, partners and loved ones are continually negative and critical about you and the things you do, are they really being helpful or do they just put you down so they can feel better about themselves? Sometimes they need a wake up call and as you become more confident about yourself and your actions, you start to repel and rebuff their put downs and sometimes it can help them to realise that these types of behaviour aren’t helpful. At the very least you stop taking these put-downs to heart and start to enjoy your life with a completely new outlook. One that is full of promise rather than vile negative thoughts.

The Royal Society of Medicine claims the NHS should use Hypnotherapy to be more effective and save money.

Today the Royal Society of Medicine announced that the NHS should be using more Hypnotherapy. Hypnotherapy is already practiced by thousands of hypnotherapists across the country helping millions of people a year. Dr Peter Naish, president of the RSM’s hypnosis section stated on BBC news today that there is more and more evidence showing Hypnotherapy to be far more effective than placebo and being very useful in treating depression, IBS, pain and anxiety.

If you have experienced anxiety in your life you know how debilitating it can be and perhaps how the drugs just didn’t help. With Hypnotherapy evidence shows that you can free yourself forever from these debilitating feelings and get back to the real you. The real you that could do anything without fear or pain.

At The Surrey Institute of Clinical Hypnotherapy we have been using Hypnotherapy to help clients regain control and get them back to living the life that they want to live. 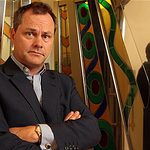 In a recent interview with Bryony Gordon from The Telegraph, Jack Dee discusses how he uses hypnotherapy on a casual but regular basis to, as he puts it, “reset the brain”.

He says “I was on various anti-depressants, but not for long – I didn’t function very well on them. I felt sort of flattened out. Plus I found another way…” He trails off. And that was? “Hypnotherapy.”

Hang on. Airy-fairy hypnotherapy? “It’s very good. I mean it’s only really talking.  I always think of it as being a bit like a brain massage.  It just sort of resets you.  Sometimes you have to switch the computer on and turn it back off again. I try and do it once a month and no more, because you can end up depending on things. I don’t want to come off stage and think I did a good gig just because I was wearing red socks.  Life would become intolerable.” For the full article, which contains some interesting insights and at the very least is a good read, use the link above.

The concept of using hypnotherapy to maintain a healthy mental attitude is nothing new.  Top athletes have been using it for years. You will often find that the top golfers, footballers, olympians, etc, rely on hypnotheraputic methods to maintain, not only a level of mental stability, but also a way of achieving and maintaining peak performance.  At the Surrey Institute of Clinical Hypnotherapy we have an after-care service where we see clients every so often, sometimes only every 3 or 6 months, where we give clients a top-up just to ensure that they stay on track.  This is particularly useful with clients that we see for anxiety, depression, weight and alcohol where external factors can exert enormous pressure on the client. In the after-care package the client is able to ward off, release or even just let go of some of these external pressures.

We find that by putting this after-care package in place our clients remain in control permanently.  The clients generally say that they feel much more confident knowing that their appointment is coming up soon and they can almost put away those external pressures until the appointment as they know they will deal with it then.